I'm Writing the End of a Book OR Blogs, We Don't Need No Stinkin' Blogs!

Yes.  I'm finishing up Arcanorum: A Lake People Novel, which for some of the Bubba fans, will probably make them go, "When is she going to write more Bubba?"  But for my paranormal fans, it will make them squeal with joy.  (I hope so, anyway.  Also it's fun to think of my fans squealing with joy.)  Also, I'm calling up twenty contractors today to do various crap that needs doing around this house so we can move to the new house.  (Remember that's HIM's fault.  I should put his email address in here but I don't want him to get mad at me.) 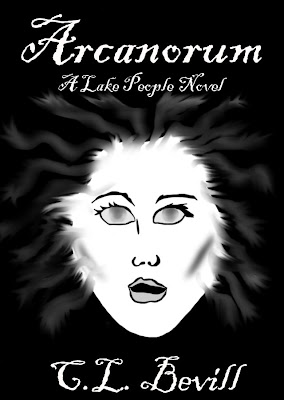 What the hell is my point?  I'm thinking that blog material is escaping me.  All I can think of is witches, zombies, and mysterious paranormal stuff.  (Hint.  Hint.  Hint.)  (This reminds me of the episode of Scooby Doo where they're chasing a witch and a zombie around the bayou.  It turns out that the witch and zombie are really regular guys looking for loot from a bank job and they want to scare off everyone else, so they can look without being bugged by non-criminal folks.  I LUV Scooby Doo.  I even like the movies they made.  Come on, how can you go wrong when they made Scrappy Doo the bad guy?  Sorry if that spoiled it for anyone.) 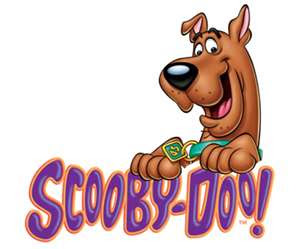 Comic relief.  Here's a photo to amuse you.  One of my mommy friends sent it to me because she knew I would laugh about it.  It's called the Peter Pepper.  Yes, it made me laugh.  (I think this pepper is not circumcised, but that's a non medical opinion.) 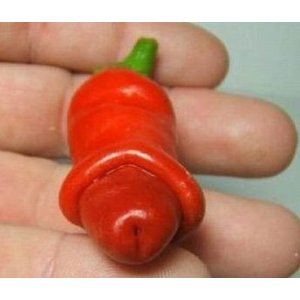 And yes, if you want to grow them, you can find them here: Peter Pepper.
I luv friends who send me pictures like this.  (Not that I'm hinting.)  And hey, I still have peppers from last years pepper-o-ganza.  Jalapenos, hot peppers, Jamaican peppers, some banana peppers, peppers I don't know the name of, and Dr. Pepper.  (Well, not Dr. Pepper, maybe Diet Dr. Pepper, which DID NOT grow in the garden and mixes nicely with Whaler's Vanille Rum.)

I'm going to throw in a pirate joke for the hell of it.  Why don't pirates need lawyers?  They settle through ARRRRbitration.  Okay, some of you are moving the mouse toward the big red X now.  So stop.  No more pirate jokes until Johnny Depp comes out in Pirates of the Caribbean: Wheelchairs of the Briny Deep.  (Was that another joke?  Maybe.  I think Johnny is older than I am.)

In an abrupt change of subject, I went to the dentist yesterday and you'd think that would be blogworthy, but it was pretty mundane.  The hygienist kind of told me to watch out for licensed hygienists in Alabama.  I thought she was making a joke because she said she'd run into people from states I won't say the name of because I don't want to get nasty emails in response who have "Summer teeth."  I looked at her confused and she explained with a giggle, "Sum r over here.  Sum r over there," in her best redneck accent.  (She later admitted she has never been to the south, so we'll have to forgive her for making big, fat, redneck assumptions.  Obviously she doesn't read Bubba.) 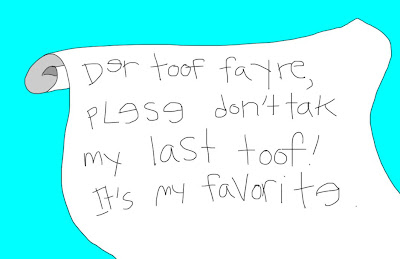 Now I'm throwing the Bubba fans a bone.  I swear upon my laptop, my Droid, and my Kindle.  The minute I'm finished with Arcanorum: A Lake People Novel, I'm starting Brownie and the Dame.  Bubba will be in the novella, too, although it's mostly about Brownie and Janie.  Yea!  Happiness to all the Bubba fans!  Cheerfulness Abounding!  Here's the cover so you can smile. 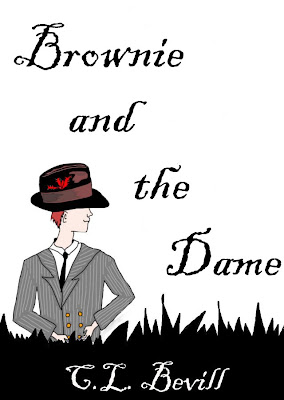 I must say that I'm shocked. You have not started on BAD (Brownie And the Dame) yet? That's bad. ;)
I thought you multitasked and were half way through already,,, and your books wrote them selves and just poured out without effort, in no time at all. :D

So sorry. I cannot multitask while writing. I'm like a writing zombie. Although I've outlined BAD (Love that acronym) I won't start writing until probably next week. But on the plus side, it might take me only a month to write it. (It's a novella).