I know.  I'm supposed to come back to blogging, but things happened.  Taxes.  Incorporation.  I'm pretty sure a meteor fell on my house.  I got to working on the novella that's about to come out.  (Next week-ish, provided the Amazon and B&N gods are smiling upon me.)
Stuff happened.  You know.  Stuff happens, except I don't usually say "stuff."

Other stuff that happened.

My bra tried to kill me.  I've blogged about underwire bras before.  I know.  But this bra really had it out for me.  It broke in half down at the bottom and tried to impale me.  (Somewhere my sister is saying, "What the f**k are you doing buying an underwire bra?  Didn't we have this f**king conversation before?  Are you f**king stupid?"  Well, yeah.  Has anyone ever tried to buy a larger cup size bra without a stupid underwire in it?  It's either underwire in it or pay for a $100 bra.  Of course, that compels me to illustrate what a $100 bra advertisement would look like.)  (Hold on, this could be ugly.  Or funny.  Or possibly silly.)
I went back to the original blog and winced at the drawings.  It was one of my first and was done before I got a little more accomplished at the whole drawing on the bamboo pad and all.  Looking at the blog makes my eyes hurt.  It also makes me want to go back and redo the whole thing.  Go ahead and look, but don't blame me if your eyes hurt, too.  Here.

Recently, a very intrepid squirrel has discovered the bird feeder.  By doing an upside-down flip, she attains the feeder, sits in it, and chows to her little heart's content.  HIM took exception and broke out the bb gun.  (Which is probably illegal.  Don't tell my neighbors.  They already don't like us because we tried to build a tree house in the side yard.)
Whenever I think of HIM with a weapon, even a bb gun, I think of HIM at my in law's remote camp property in Northern Louisiana, hunting rabbits in the dark with a pistol and a flashlight.  (Also illegal and probably immoral, but don't fret, HIM didn't get one.  HIM's brother and I were about ten to fifteen feet behind HIM, imitating Elmer Fudd and giggling.  "Be verrrry, verrrrry quiet.  We are hunting wabbits."  *followed by helpless giggles.*)  (Yes.  We followed HIM around in the dark while he was holding a loaded pistol and a flashlight, hunting wabbits.  We have never let HIM forget it.  This was almost thirty years ago.)  Anyway, the point to this story is not that HIM capped a squirrel in our backyard with a bb gun.  No.  That would be the easy end to the story.  In fact, what really happened is that the squirrel learned that when the window gets opened, one gets the hell out of Dodge.  Smart squirrel.  HIM = zip.  Squirrel = 1.
When we lived in the Dallas area (whoops, another subject change) there were albino squirrels running around.  It was really weird to see a white furred squirrel prancing up and down a yard.  Why do I bring this up?  I do not know.  It just popped into my head and my fingers were on the keyboard, which is often how things happen when I write.  (For the critics, you can now mutter, "I knew it".) 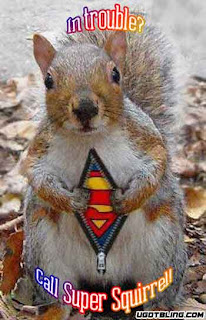 And I didn't really want to go looking for a photo of an albino squirrel, so I used Super Squirrel instead.  (There's a good, i.e., bad, line in there about needing to save his nuts, but I won't use it.)

Now I'm trying to get all my tax papers together.  This is not easy.  Apparently I have lots of receipts and I don't want the CPA to kick me to the curb for next year.  Also I had to learn all about writing up 1099-misc's.  Does anyone but a CPA and an employee of the IRS know what a 1099-misc is?
Finally a personal note to the individual who complained in a review about Bubba and the Mysterious Murder Note that I had the character feed Precious grapes.  Grapes are very not good for dogs.  I did not know this and will remove the grape line from the book, lest I encourage any Basset hound owning individuals to feed their dogs grapes.  (This means don't feed your dogs grapes.  Or raisins.  Very bad for them.)  Apologies.

In conclusion.  Stuff happens and don't feed your albino squirrels dogs grapes.  I'm back.  It's good to be the blogger.

Oh the mysterious albino squirrel in texas. Squirrels are my #1 enemy right now- from chewing holes in my finch feeders to scaring the crap outta me (long story).

WTF is a 1099-misc? I haven't even started the dreaded taxes! Just another thing on my to-do list...

A 1099-misc is a tax form created by demons to subject humans to a hell on earth.

File Form 1099-MISC for each person to whom you have paid during the year:
•At least $10 in royalties or broker payments in lieu of dividends or tax-exempt interest;
•At least $600 in rents, services (including parts and materials), prizes and awards, other income payments, medical and health care payments, crop insurance proceeds, cash payments for fish (or other aquatic life) you purchase from anyone engaged in the trade or business of catching fish, or, generally, the cash paid from a notional principal contract to an individual, partnership, or estate;
•Any fishing boat proceeds; or
•Gross proceeds of $600 or more paid to an attorney.

I don't suppose anyone is better off for knowing :(

Women with Boobs, unite! We must create larger-size cup bras that fit and don't have underwires! You just know those were invented by men. (Gotta say, I would like one of those that changes colors every 5 minutes though...)

I've been feeding your blog fish on a regular basis. Do I need a 1099-Misc form too?

And Carrie Underwear (sorry, wood) had an LED dress at the grammies, so I think we could have a bra like that. 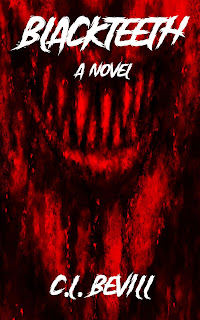